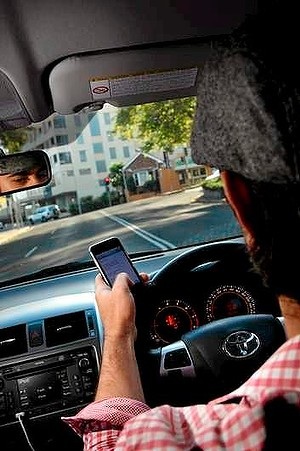 Don’t get me wrong, I read The Age (digital version) virtually every day and always find one or more well researched and written articles. These provide insight into world and local happenings which make me think, inform me and often prompt a post or other sharing response.

But in today’s edition there is an article of mind numbing incompetence. Luckily for the writer, it is unattributed which probably means it was written by some PR hack with an axe to grind and has no place in the newspaper.

Our mobile phone obsession has led authorities to toughen laws for Victorian drivers, amid fears texting and tweeting will lead to tragedy

Last time I checked “laws” are made by governments by way of parliament. Which “authorities” have the power to pass laws?

What fears? Who’s fears? It seems that in the world of The Age editors the unspecified fears of unidentified authorities are a sound basis for laws being made by unspecified institutions which profoundly affect their readers.

Remember too that the new laws will apply under a regime where you will be presumed guilty on the word of the reporting officer. And there is no room for degrees of guilt, even if you contest the charge in front of a magistrate. Thus, talking on a phone for 5 seconds while stopped in traffic is treated as the same offence as talking on the phone while travelling at 110 kph in heavy traffic – while it is raining.

And it gets worse. The article ends with this …

The changes will be submitted for approval this week.

And before wrapping up the following statement is made

Under the mobile phone crackdown, P-plate drivers will be banned from using their phones altogether.

This is sloppy, lazy and irresponsible reporting in the extreme.

I could go on. In an age where Governments seem to be of the view that they operate in a vacuum, with no need to justify their actions, our only defence against incompetence, stupidity and entrenched party political beliefs is a strong and rigorous press.

In this instance The Age has let us, and themselves down. Badly.